Roy Calley’s brand-new biography of Blackpool FC is now available, complete with free limited-edition Blackpool postcard. Goalkeepers past and present need Glove Story 2, with three free limited-edition postcards – one signed by a GK legend! Football’s Black Pioneers tells the unique stories of the first black players to represent each of the Football League clubs. Foreword by Viv Anderson MBE.
The A-Z of Weird & Wonderful Football Shirts showcases 240 groundbreaking classics and all the coolest curios. The Got, Not Got Football Gift Book is a collector’s treasure trove in catalogue format, packed full of vintage goodies that will inspire a heady swirl of greed, envy and lust. Glove Story is the No.1 book for goalies. Can’t Buy That Feeling is the Best of The Fox Interviews. And Manchester City Folklore explores the club’s mythology.

click here to VISIT THE CONKER SHOP - IT'S EASY TO ORDER ALL OF OUR BEAUTIFUL BOOKS! 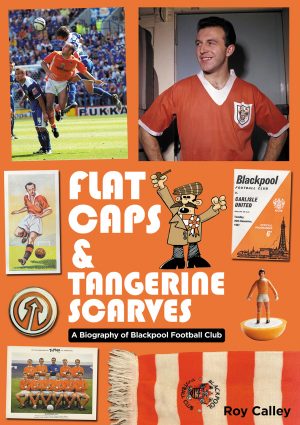 Can’t Buy That Feeling – Inside Leicester City is published on 16 July, and is available now to pre-order. Fully colour illustrated throughout, the book features over 100 star interviews taken from 30 years of The FOX. 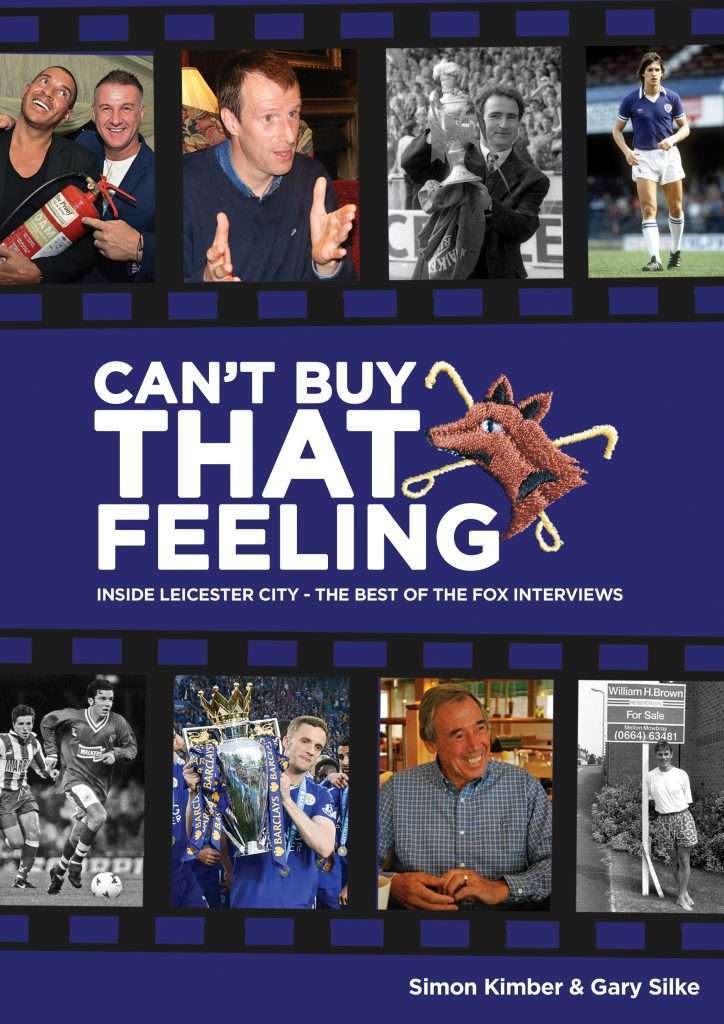 The FOX has been interviewing Leicester City players, managers, famous fans and board members for almost three decades, building up a body of work that takes you right into the very fabric of the club, with memories spanning the last 60 years.

As a City fan, you’ve come to know hundreds of players through their performance on the pitch, through potted career biographies and football sticker images. But what about the real characters behind the blue shirt and the back-page reports?

Can’t Buy That Feeling takes you inside Leicester City from the perspective of those who were there – behind the scenes at the long-running soap opera packed with moments of comedy and tragedy, triumph and disaster, silverware and financial ruin.

Read the best of The FOX interviews and you will discover:

Manchester City Folklore – What Every Blue Needs to Know

Representing the fruits of six years’ research by the acclaimed Manchester football historian, City Folklore is a must-read for every fan of the club. Packed with colour images, it reveals countless new stories and insights into the mythology of Manchester City.

Based on the popular feature in the official City programme, the book gets right to the heart of the club. Read Manchester City Folklore and you will discover:

Gary James is the author of 16 books on Manchester football, and cares passionately about ensuring City’s story is properly recorded. Gary has been a season ticket holder since 1984, and a programme contributor since 1994.

‘Glove Story’ – yours for a tenner

Do you dream of pulling on a quilted green or Dayglo orange football shirt? Does it make you sigh, just thinking about enormous latex gloves – or of diving in muddy puddles?

If so, this might just be the football book for you. 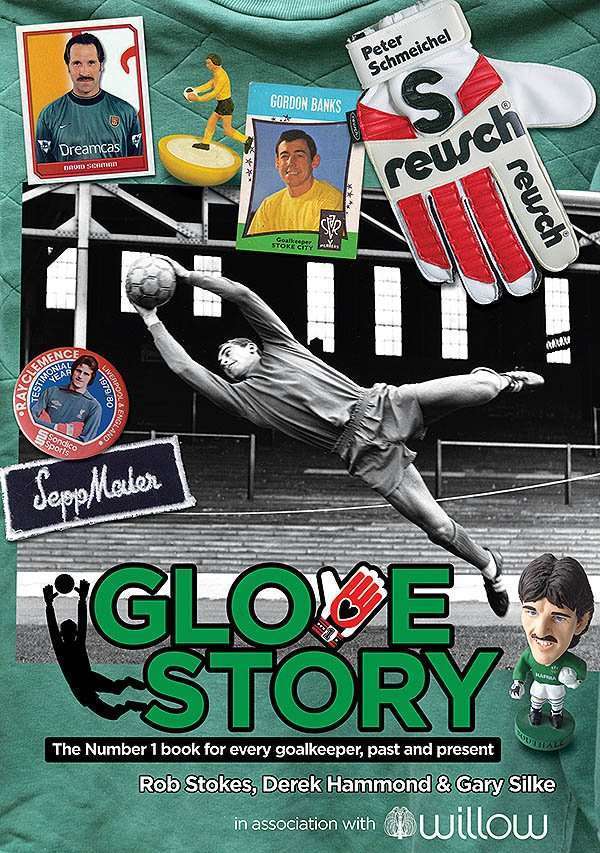 Glove Story is a visual feast, featuring a unique collection of goalkeeping memorabilia and original illustrations by Doug Nash. Gloves and stars’ shirts from the 60s to date, vintage games and equipment catalogues appear alongside photography covering goalkeeping from park to international level. We’ve put up a few sample pics on the Got Not Got blog.

The book sets out to capture the essence of what it means to be a goalkeeper, shining a light on the concerns and obsessions of everyone who has ever been a member of the Keepers’ Union. We’re talking:

Click here for more details, or to preorder Glove Story for a tenner.

If you’re a fan of the Got, Not Got books, a follower of Rob Stokes and his incredible collection of goalie gloves and memorabilia, or maybe on the lookout for a special birthday present for the goalie in your life, you might like a special Glove Story gift package.

So what do you get for your extra fiver on top of the regular £10 cover price? 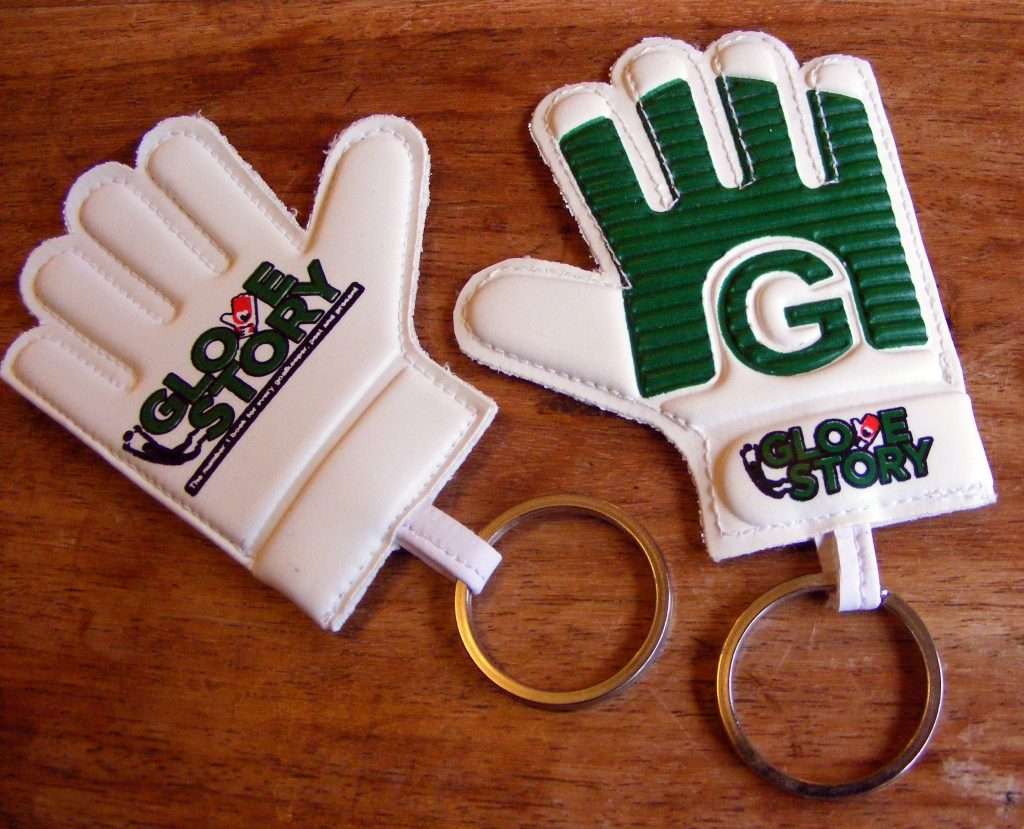 If you’d like to receive a bespoke signed and dedicated Glove Story, you just need to let us know the extra details.

At checkout:
1) Please use the ‘order notes’ field to enter the message you’d like added to the title page, including the name of the recipient.
2) It’s as simple as that!

The Art of Goalkeeping

Across Glove Story‘s beautiful endpapers you’ll find 80 of the world’s greatest ever keepers, all captured in unmistakable style by the book’s illustrator, Doug Nash.

Doug is selling posters of his goalie-friendly creations – complete with correct kit, gloves and boots – at his own website, TheArtOfGoalkeeping.com. He offers posters and T-shirts featuring the goalies from the book as well as other shot-stopping stars from many individual clubs.

To celebrate the launch of Glove Story, Doug has created for Conker Editions an exclusive Home International Greats A2 poster, which features his selection of the finest British goalies ever to pull on the hallowed yellow nylon of England, Scotland, Wales and Northern Ireland. From Banks and Shilton to James and Hart; Pat Jennings and Harry Gregg; Alan Rough, Jim Leighton, Andy Goram; from Leigh Richmond Roose via Gary Sprake to Wayne Hennessey, they’re all lined up for duty. Bring back the Home Internationals!

Who needs wallpaper when you’ve got the chance to collect up giant A2 Art of Goalkeeping goalie posters? Check out the Great British Internationals edition – with added zoom!Save