Available now, complete with free limited-edition Pioneers print – only when you buy direct from Conker!

The Stories of the First Black Players to Represent the 92 League Clubs. A new perspective on the lives, careers and experiences of groundbreaking black footballers in England. With a foreword by Viv Anderson MBE.

Ninety-two chapters tell the unique stories of the first black footballers to play for each of the English Football League clubs. Four years of original research have not only identified each of these history makers for the first time in a definitive and permanent record. They have also uncovered a wealth of fascinating, often eye-opening personal tales, which now comprise a collection of rich and hugely varied short stories. 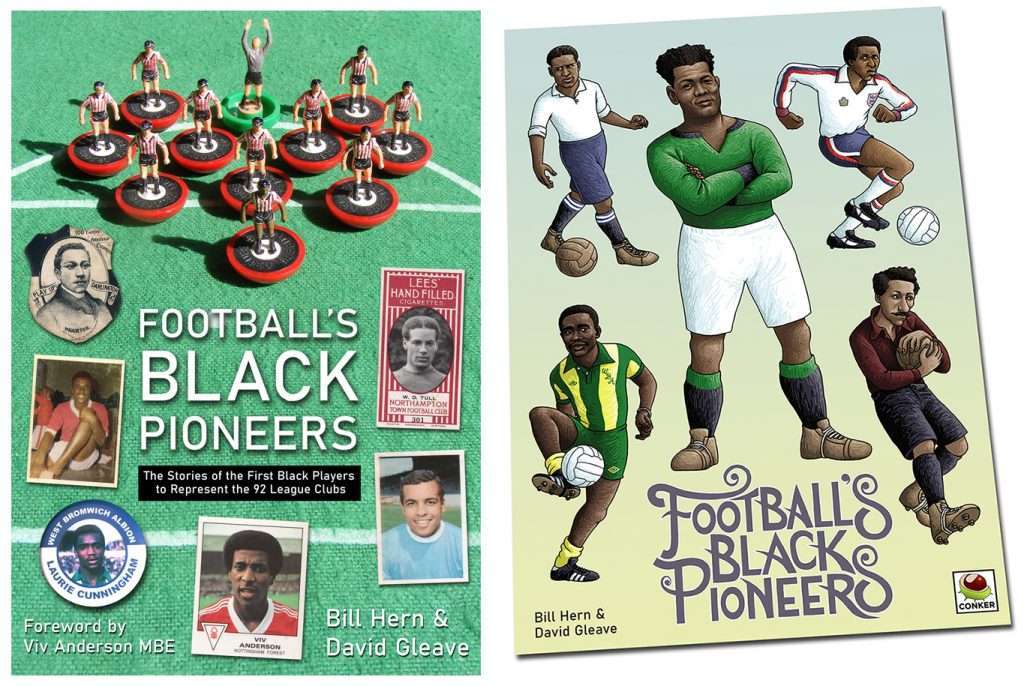 The stories span the period from Arthur Wharton’s debut for Sheffield United in 1885 right up to the present day, covering over 130 years of social history. They include personal interviews with many of the players – including Viv Anderson MBE, Chris Kamara, Tony Ford MBE, Neville Chamberlain and Roland Butcher – and family members of stars from the more distant past.

Football’s Black Pioneers features an incredible variety of emotive human stories and forgotten characters, together with a powerful theme of struggle against now-unthinkable attitudes, and the revelation of countless unexpected historical facts.

Click here for more info on the book and the authors – and to order Football’s Black Pioneers for just £16.

The Got, Not Got Football Gift Book – out now!